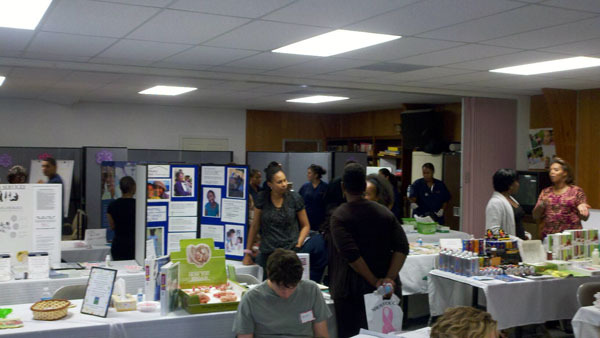 I just got back from the first official drive I’ve participated in as a level two volunteer with the National Marrow Donor Program.  The other NMDP volunteer and I manned a table at a health fair at Greater Little Zion Baptist Church in Fairfax, VA.

I was eager to get this drive started because while I did participate in the drive at my church last Sunday, I’ve yet to observe/participate in an “official” NMDP/BeTheMatch drive.   The NMDP really is an incredible organization.  They perform 99% of the legwork when it comes to registering donors: they provide all the materials, all the training, all the coordination, and all the processing.  They just lack that extra 1% of in-the-flesh volunteers to oversee the filling out of forms and swabbing process.  After a drive we make sure the forms are filled out properly, go to Fedex, and the NMDP already has the postage paid for returning completed registrations.

The health fair at Greater Little Zion was awesome.  It’s such a great service to not only their congregants but the community at large.  There were tables for blood pressure screenings, diabetes screenings, breast/cervical cancer awareness, free health checkups, Fairfax County public resources information, environmental awareness, financial counseling, psychological counseling… the list goes on.  The people were incredibly nice, curious, and willing to help in whatever way they could.

We registered three donors today, which at first glance looks small but I’m extremely pleased with.  Every new person represents a chance at life; the numbers game isn’t what’s important.  It was also partly due to Greater Little Zion’s involvement with causes like bone marrow registration in the past, as we actually had a lot of people tell us they were already on the registry.  It really is a testament to the social awareness of the church and their willingness to engage people beyond their walls.

Today’s drive was great because it provided me with the type of insight that I can only receive by engaging prospective donors.  A few things I noticed: 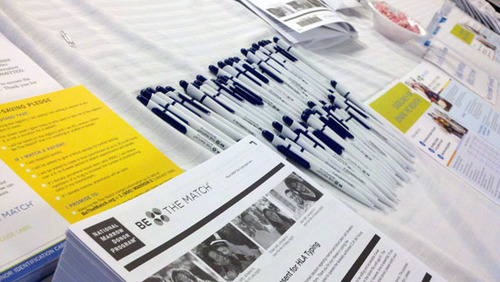 Before the official health fair started, one of the men from the church came up to our table to learn more about what we were doing.  Then he asked us why we were there representing the cause.  When I told him about my medical history, he looked at me, reached out his hand and said, “Thank God for you.  What a powerful testimony you have for what you’re doing.”

Cancer is no longer a liability.  Cancer is an opportunity — even a calling — to make a real difference.

Life works in mysterious ways.  The most important part is to be willing to keep going long enough to figure it out.