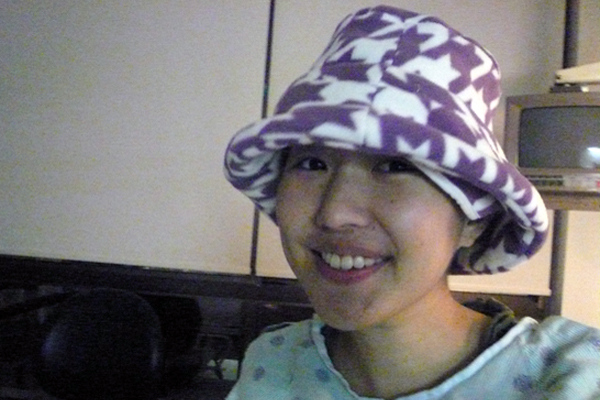 Janet Liang is a UCLA graduate student who was diagnosed with Acute Lymphoblastic Leukemia (ALL) in 2009. I don’t know her personally, but I linked to her website in the Links and Organizations section of this site because I came across it while looking for other bone marrow initiatives. Through helpingjanet.com, Janet has used her diagnosis to reach out to and educate thousands of people about the need for minority donors. In a matter of two years her outreach has helped to register more than 6,800 bone marrow donors. It’s seriously a staggering number. To give a frame of reference, I set the goal for cheekswab at 300 donors this year. I’ve registered 82 so far.

In the last two days I’ve received two separate emails about Janet, as recent developments concerning her health have created an outpouring of support across the Internet. I was directed to this blog post that she wrote on December 26, entitled “I’m Dying. Again.”:

Last week, I was notified by my hematologist/oncologist that I’ve unfortunately relapsed and will need a bone marrow transplant. And tomorrow (December 26) I will be heading back to the hospital for a month of high-dosage chemotherapy.

I’m writing to ask you as my friends and supporters to be a part of my Helping Janet family. Now more than ever will I really need to count on you for your help. After this intense round of relapse chemotherapy, my oncologist wants to move forward with conditioning chemotherapy and a stem cell/marrow transplant, but not without a perfect match. This is crucial for my survival, and I truly appreciate your support during these difficult times.

When I read it, I freezed up immediately. I felt my heart beat faster and my face begin to flush. She had said the single word that I have completely eliminated from my vocabulary for the last 5 years, no matter the context:

To those who may not know, there are three unofficial states to being a cancer patient. The first is being sick: the cancer exists in your body and doctors are trying to remove it via chemotherapy, surgery, or other means. The second state is remission, where the treatment you’ve undergone is effective in that you have no detectable cancer cells in your body. The third is relapse. The cancer has survived, the cancer has potentially become more resistant, and you go back to square one, albeit with an alternative means of treatment in hopes of producing a different result. For blood cancer patients (myself included), that means a bone marrow transplant.

As far as general temperament goes, I’m a pretty even-keel guy. I’m not a very outwardly emotional person; my speech is direct, my humor dry. I’ve honestly never shared this with anyone, even my own family. But the prospect of relapse terrifies me to the core, more than anything else in the world. I don’t show it, but it’s always — always — in the back of my mind.

The logistics of my post-chemo healthcare is that for 5 years I was scheduled to get regular blood checks at a cancer treatment facility. When I first got out of the hospital they were daily, and then they moved to weekly, and within the first couple years they were monthly. Two years out, they became once every two months. As I’m now in my fifth year, they’re once every six months. I have two more ahead of me until I’m declared officially cured.

I’ve gone to almost every single one of these 30+ blood tests alone. I prefer it that way. And while the rate of relapse becomes significantly lower after the first two years, the 20 minutes of waiting time between my blood draw and the doctor returning with my blood counts is always the same. I wait on the examining table, staring at the ground. Although I do my best to be optimistic, the same thoughts run through my head every time: “Why is it taking so long this time?” “Where did I get that bruise on my hip?” “Did my nose bleed this week?” “Is my throat scratchy?” “Maybe I have been feeling more tired lately.” For those 20 minutes I’m a hypochondriac. For those 20 minutes I look for reasons why it’d be reasonable for the doctor to tell me it’s back.

I have been lucky, by no merit of my own.

Cancer is the lottery. You don’t deserve it, you don’t earn it, it just happens. And there’s something about that inevitability that breeds optimism. It’s like, because it’s more or less out of your hands, the only choice you have is to press on. So you fight, and you deal with the side effects, loneliness and unknowns and you take it day by day. But the thing that keeps you going is that one day, if you deal with the garbage, it will all be over. Medicine will work. Life will return to normal.

When I read Janet’s blog post, I felt her despair. I felt it instantly, and heavily, and it brought tears to my eyes. The title of her post — “I’m Dying. Again.” — is indicative of her sadness, her weariness, and the reality of her circumstances. And while she wrote that post in as upbeat a manner as she could, she’s posted a video recently to youtube that encapsulates her feelings in an unfiltered and raw way.

I assure you that it takes an unbelievable amount of courage to be this vulnerable with the rest of the world. To allow the world to see you at your weakest, both physically and emotionally. Nobody relishes when their suffering becomes a public spectacle, but Janet’s circumstances have transcended a matter of pride into a matter of survival.

The blog post was written a month ago and this video was shot six days ago. Janet’s situation has become more dire, and she needs a bone marrow transplant by April. As a Chinese-American, she desperately needs more Chinese-American donors to register. Please consider joining the lottery to help save Janet and others just like her. If you’re local, I would love to help you coordinate a drive or get you more information.

Through her website and promotions Janet will save countless lives. Now it’s time to save hers.

Janet, if by chance you ever read this, know that people everywhere are working to find you a donor. I’ve seen your story on both social media and via emails from separate people, so rest assured that awareness is spreading. You’ve been through worse than I have and turned it into more good than I’ll ever do. Thank you for your video and your story, stay strong, press on, and God bless.

“I’m pleading you to please continue to get out to the drives and persuade people to register. Register for marrow, especially if you’re a Chinese American. I need you to help me save my life or find that person out there who can save my life.” 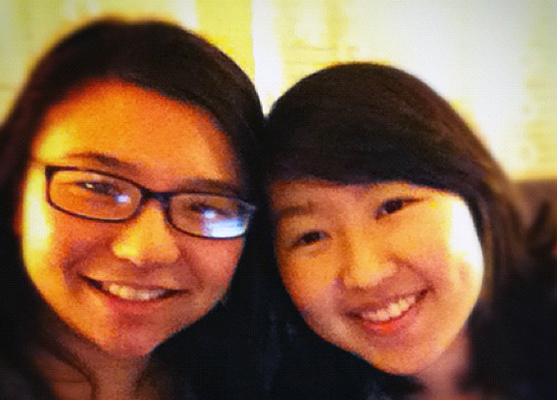